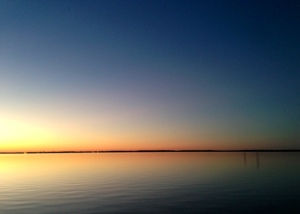 Philippians 2:12–13 (ESV) Therefore, my beloved, as you have always obeyed, so now, not only as in my presence but much more in my absence, work out your own salvation with fear and trembling, for it is God who works in you, both to will and to work for his good pleasure.

This verse reminds us that God is the one that enables us to follow His will, or to even want to do it. We often forget that our christian walk isn’t dependent on our abilities, or strength, but upon His ability and strength. John 6:44 says No one can come to me unless the Father who sent me draws him. So the fact that you even want to know Jesus is proof God is already working in your life. However, we often fall into this tug-of-war routine with ourselves. We pull: I have to do this, I can’t believe I did that, I should of done that, I need to do this, I’m going to stop doing this, etc. But very quickly we realize we can’t do it and we let go: I can’t stop, I can’t do it, I can’t live the way I should, etc. But before long we pick up the rope again and begin pulling. We fall into a vicious cycle. The whole time God is in the background saying: I got this for you. We forget that it is God’s fight.

Philippians 2:12: Doesn’t mean that we are responsible for our own salvation. Rather it is saying that there should be an outward display of what God is already inwardly doing in you. “The text emphasizes God. Using a play on words, Paul said they were to “work out” because God “works in.” God’s work in them provided both the motivation and the ability to do his good pleasure.” (1)

The reality is that you would not even want to be saved if God was not already working in you. Everything happens in us and through us as a result of His grace in us. It is Christ in you that gave you victory over that destructive habit. It is Christ in you that enabled you victory over that negative thinking. It is Christ working in you, and through you, to even cause you to want to live differently, speak differently, loving differently. The only way we can truly change is to allow Christ to reign in us so we become less of us and more of Him. The Gospel reveals that He has made our battle, His battle. It’s God’s fight.

In Exodus the 17th chapter we encounter an interesting story. The Israelites have just been complaing because they are thirsty. God provides them water from a rock. Moses names this place Massah and Meribah,because they tested the LORD by saying, “Is the LORD among us or not?” (Exodus 17:7 ESV) They where going to discover soon enough that not only was God with them, He never left them, and He has made their battle, His battle. While they are camped at this site the soldiers of Amalek attack them. Moses tells Joshua to select some of their best men. Joshua did exactly as Moses had instructed him to do. He gathered the strongest men he could find and fought against the soldiers of Amalek. Meanwhile, Moses, Aaron, and Hur climbed to the top of the hill. It happened that whenever Moses raised his hand, the battle went well for Israel; but whenever he lowered his hand to rest, Amalek began to win. (2). It didn’t matter that Joshua had chosen the strongest men. Just as it doesn’t matter if you choose your strongest ability, or muster up every ounce of your will power. When it comes to your salvation, just like the battle at Massah and Meribah, your victory is solely dependent on God. He has made your battle, His battle.

The bible reveals that we are in a battle of good verse evil. But our christian walk doesn’t have to be a constant struggle, a tug-of-war. Because God has already won the battle. I just need to allow Him to continue fighting the good fight in and through me. That day the strongest of soldiers realized it wasn’t their abilities that won the battle that day but God. Their victory was dependent not on them, but on wether or not Moses’ staff was lifted up. Which they had absolutely no control over. They had to look up to the top of a hill at a piece of wood for their hope. Interestingly, we have to do the same thing for our hope. This is still the way we follow God’s will and find victory in the battles we face. We have to look to the top of a hill called calvary and at piece of wood in the shape of a cross. Because it was on calvary that God made my battle His battle. He took on the full penalty of my sin, he died so that I might live. He was beaten so that I might be restored. He was pierced so that I might be healed. He won the battle. And the more I see how my Salvation is solely, absolutely, and utterly wrapped up in him. I can stop fighting…because I finally see it is His fight. Which enables me to surrender to His purpose and victory.

After the battle moses constructed an alter and called it, “The eternal is my battle flag.” Is the cross of calvary your battle flag? Do you realize that he has made your battle His battle? Today, look to the hill of calvary and see your battle flag of victory: the cross. Rest in His victory. Cling to the hope that your salvation is His fight, and He has won. Cling to the reality that it is God who works in you, both to will and to work for his good pleasure.

2 thoughts on “He has made your battle His Battle”