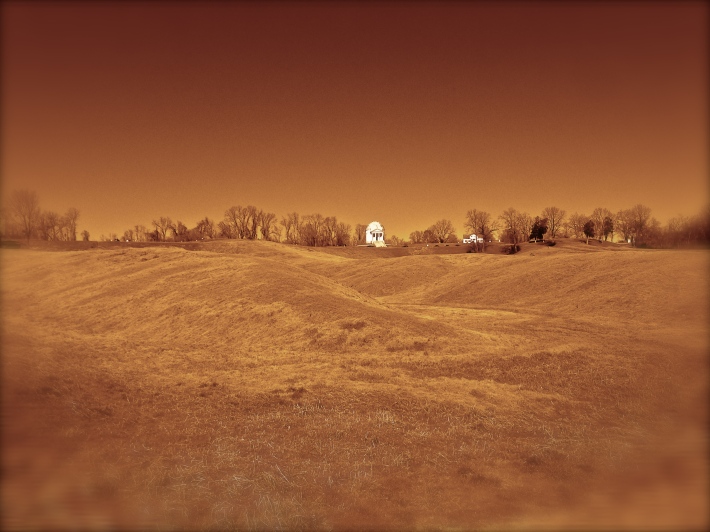 Jesus says this right after He tells the infamous story of the Good Samaritan. It is a response to the question from a religious leader asking how he might be saved. Jesus responds essentially with: love God and love your neighbor. But this man, being the good lawyer that he was, desiring to justify himself, said to Jesus, “And who is my neighbor?” (Luke 10:29). He wanted to know who his neighbor was so that he could focus on them, and not get bothered by the non-essentials. But, this was proof that He didn’t really love His neighbor, or God. True love always sees beyond our own salvation to the salvation of others.

To really drive home this point Jesus picks the most reviled of people to the Jews, the Samaritans, and calls them his neighbor. Jesus indicated that one should worry less about who a neighbor is than about being a good neighbor, (1). If we’re worried about whom our neighbor is we aren’t being a good neighbor. It’s interesting that this man even avoid saying the name “Samaritan” because they were so despised by Jews. The church at Christ’s day had put so many limitations on who fell under their “jurisdiction” they didn’t serve anyone but themselves. They had become completely ineffective. It’s as the church told Judas when he tried to return the money he had gained by betraying Jesus, “Chief Priests and Elders: We’re through with you, friend. The state of your soul is really none of our affair.” (2). But the state of peoples souls is the church’s affair. It is really our only affair!

“This is what the Puritans meant in insisting that if we fail to contribute to some good beyond ourselves, we condemn ourselves to the hell of loneliness,” (3). We were made to serve and love others. It is the only way we can experience true happiness and it is the only way that the church becomes on earth as it is in heaven. The priest and Levite walked by the beaten man. The church walked by the helpless, the very ones it was to serve and protect. But an outcast stopped and helped. Think of the times God might have had to send an “outcast” to do something He has always intended ecclesia, the called-out ones, to do.

I have often wondered if Judas’ end, had he ran to Jesus instead of the church leaders, might have turned out differently. If the church had seen Judas’ soul as their concern he might not have come to the end he did. Jesus calls us to seek and to save the lost. Which means we have to be intentional in the ways we reach out to the lost. Everything that we do, as the people of God, should resonate seeking and saving the lost. It has to be more than guilt. Guilt is a terrible motivator. From time to time we may become embarrassed to be reminded that our gym shoes are made in sweat shops by Asian children. But embarrassment and guilt has no efficacy, (4). Our intentionality must go beyond just a response to embarrassment or guilt. It must be a response to encountering the gospel.

The story of the Good Samaritan is really the story of the Gospel. It is the message of a God who loved us so much that He came and picked us up when we were dead in trespasses and sins. With the parable of the Good Samaritan, Christ showed who is our neighbor, and gives us an example of the love we should manifest toward those suffering and in need. The priest and Levite, whose duty it was to minister to the needs of the stranger, passed by on the other side. (5) Before we can be a good neighbor, we need a neighbor. We need Jesus to neighbor us. Jesus is the Good Samaritan. We are the ones who are lying in the road in our own blood. Jesus comes along and gives us everything necessary. Until you see Jesus as your Good Samaritan, you’ll never be a good Samaritan. Until the church sees Jesus is the one who must neighbor us, until we’re neighbored, we won’t be able to neighbor. (6).

Once we realize this we can “go, and do likewise.” Jesus calls his Church to do acts of Mercy. You may have the dress code, the diet, the dedication, but do you have the mercy? The wisdom from above is first pure, then peaceable, gentle, open to reason, full of mercy and good fruits, impartial and sincere. (James 3:17)

One thought on “Who is My Neighbor?”