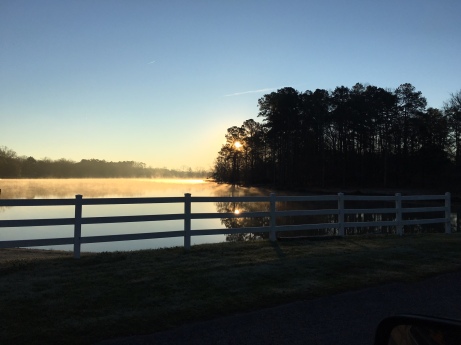 In Luke 4 Jesus goes into the synagogue, reads a portion of Isaiah concerning the coming Messiah. He then turns to the congregation and basically says “Surprise, It’s me.”  At first everyone is cool with it. Luke 4:22 says “all spoke well of him and marveled at the gracious words that were coming from his mouth.” But Jesus continues “let me tell you something; no prophet is welcome in his hometown. There were many widows in Israel in the days of Elijah, but he was sent to none of them; instead God sent him to a gentile. And there were many lepers in Israel in Elisha’s time, but he healed Naaman, the Syrian.” It was when Jesus reminded them that the covenant that God had made with them was to bless all peoples, not just Israel, that His people turned on Him. Luke 4:28 “When they heard these things, all in the synagogue were filled with wrath.” They were fine with Jesus being Messiah until Jesus challenged the belief they were more special than anyone else. When he essentially told them church wasn’t a club for the “remnant” but a sanctuary for all sinners, of every nation, kindred, tongue. It was then that they wanted to kill him.

True evangelism is hard work because it forces us to become a sanctuary for all sinners. A place where good sinners, bad sinners, black sinners, white sinners, republican sinners, democrat sinners, doctrinally sound sinners, and non-doctrinally sound sinners can come and encounter the Gospel. It’s usually when a pastor, elder, leader, member starts pushing this that he, or she, will encounter their greatest pushback. Because this is when real change is required from the church, and our lives. Change is hard for all of us. But, the true Gospel will always challenge us. It doesn’t just confront the idols in the world, but the idols in our heart.

When people start hearing the Gospel challenge their politics, their nationalism, materialism, conservatism, liberalism, legalism, secularism, and traditions, they very often react as the people in the synagogue did with Jesus “And they rose up and drove him out of the town and brought him to the brow of the hill on which their town was built, so that they could throw him down the cliff.” Ok, so they probably won’t try to kill you, (although I’ve wondered with a few members). But they will fight you every step of the way.

Keep holding on. Keep your eyes on Christ and follow Him “passing through their midst.” Invest in those who are willing to invest in you. Be kind and gracious to everyone but only pour yourself into those willing to serve alongside you. And when you start thinking you have it bad, remember the motley crew Jesus had to work with. Look at what Jesus did with only eleven.